I was thinking about making shirts for us local Sherlockians, since it is a key anniversary for a couple of the scions in St. Louis.

I was thinking about getting some artwork made that looks like a parody of the Cardinals logo (http://wugange.com/st-louis-cardinals-logo-2-birds-25655-hd-wallpapers.html) but the birds would be dressed as Holmes and Watson. Instead of the bat, it would be a Victorian walking stick that the birds would be perched on. The letters beneath would say "Sherlock Holmes" or something of that nature.
The shirts would be jersey style, and then on the back we could have whatever you want on it. I think it would be neat if the letters on the back had the affiliated scion and then the number of years in St. Louis, but that can be whatever one wants.

To recoup the cost of the artwork, the shirts would be sold for ~$20-30 per shirt, depending on how many people decide to order one. 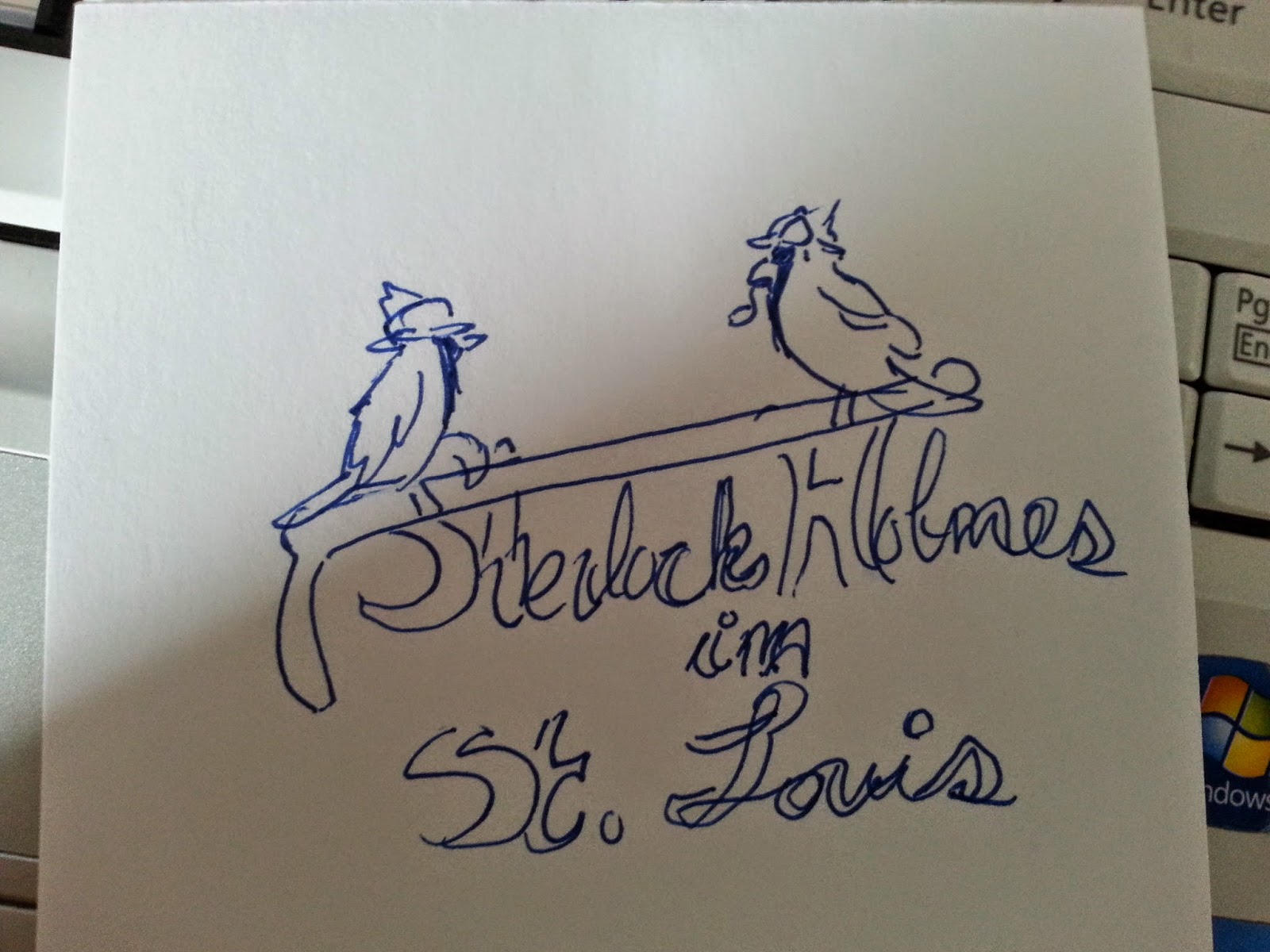 I've attached a rough sketch of what I'd like it to look like. What do you think? Maybe I could have a couple of versions made? one for just St. Louis people and one for everyone else?


What do you think, dear reader?

Posted by Parallel Case of St. Louis at 1:09 PM No comments:

If you weren't envious of us before, you will be soon. 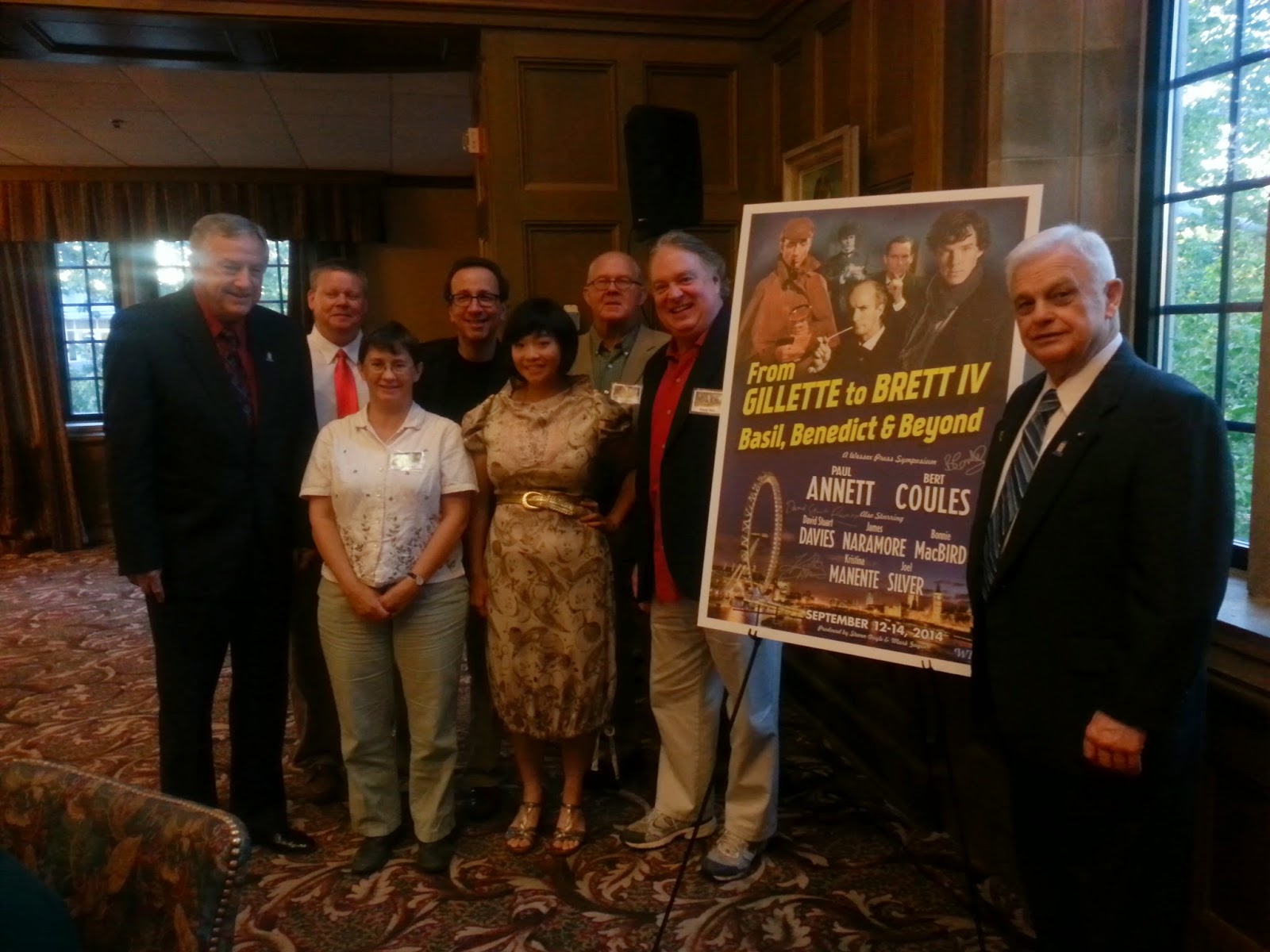 I was the happiest person this weekend. In case you haven't noticed, I've changed our profile picture for the blog. I was using the one from the 1990's which I took from the Big Sleep Books bookstore website. For the sake of putting a picture to the blog, I used it- but I'm not one to dwell on the past. Your faithful blogger yanked people from conversations and half-finished cake to corner members into taking pictures.


Anyhow, I had the opportunity to do this because some of us got the marvelous opportunity to attend the Gillette to Brett IV conference organized by the great Steven Doyle. The entire conference was on the stony grounds of the beautiful Indiana University campus that supplied us with a steady stream of Starbucks coffee and room to discuss Sherlockiana with like-minded folk.