Why I Like Watson, or Helping Others Achieve Their Potential by Nellie Brown

Why do I use Watson as a metric instead of Holmes? For starters, from my perspective there isn’t a great deal of variation in how Sherlock Holmes is portrayed.  Doyle wrote Holmes with a great deal of clarity, and actors do not have a great deal of flexibility in their representation of him.  When they deviate too far from what is popularly known from the Canon, they probably aren’t going to get a good review. Hence so many actors who take on the job of Holmes end up feeling the role is like a straitjacket, limited in emotional scope and then they are subsequently typecast into the “thinking machine” types of roles.

Watson, though, is a rough sketch compared to the partner whom he describes. Doctor, Afghan war veteran, wounded in the shoulder (or leg?), appreciative of the fairer sex, clearly brave, and willing to help out his fellow man.  So we have a broad idea of who the man is, and as the stories progress we learn about his character from his deeds and how he interacts with his roommate and friend. There is more room for an actor to stretch.

Clearly from Doyle’s stories, Sherlock Holmes would be a frustrating roommate and friend.  In nearly every adventure there is an example of Holmes’ neglect, rudeness or sometimes outright disrespect towards his friend.  Of course, in the tales this pales in comparison to Holmes’s deductive genius and nerve shown in solving the conundrum. Yet Watson perseveres, sticking by his friend when many would be long gone, tolerating the chemical fumes, drug abuse, and violin playing into the wee hours of the night. 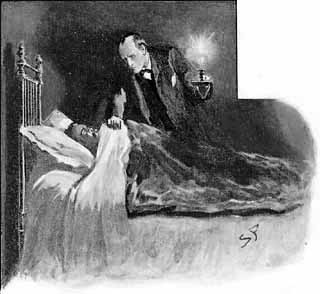 So it isn’t just the variation in artistic representation about Watson that I enjoy.  Before it was recognized in the world and military at large after WW2, Watson understood the military “buddy” concept, and applied it to his relationship with his friend and roommate.  He was there for Holmes through thick and thin, his mere presence offering up the support that enables your buddy to accomplish feats far greater than either of you could accomplish on your own. If it was a shoulder shake before the crack of dawn with a mutter of “the game’s afoot”, or a telegram message “come at once”, Watson could be counted on to show up on time, ready for action, with a sidearm, ammo, and a toothbrush. 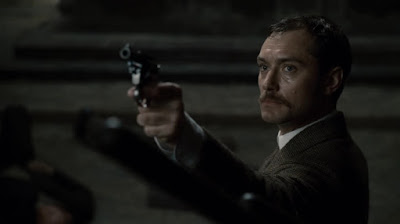 Watson enabled those around him to achieve their potential, and he did so with a steadfast reliability and resolve. I want to be that kind of person, the Watson to those around me.

In 2001 I visited the Ethical Society of St. Louis.  I was immediately struck by their unofficial motto: “Deed before creed”, followed by “act so as to bring out the best in others, thereby bringing out the best in yourself”.  I stayed. I had found my philosophical home. I took the motto to heart, and after 9/11, I realized that my unique education in entomology (including training on those insect vectors of disease which kill so many soldiers) could help save many lives in the US Army.  If I didn’t at least try to apply for an officer’s commission, I would feel very guilty and selfish. 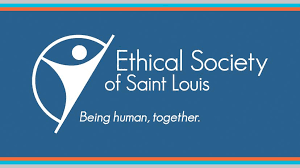 So I pushed forward with the deed, in spite of considerable fear of deploying and a personal creed that found engaging in war often questionably successful, either militarily or ethically. Saving lives, both American and Afghan, was more important than politics.  Insect vectors and the diseases they spread have no respect for political boundaries, religions or ethnicities. Joining the military didn’t mean that I was losing my right to vote or my right to disagree with the political decision to go to war. As for my cowardice, well, I just needed to suck it up.  I had learned to do many things that were scary, and I was still around.

In my current position in the Army Reserves, I am the Division Entomologist for the largest Reserve Medical Command, as well as the lead preventive medicine officer.  I am constantly pushing myself, providing the kind of mentoring to junior entomologists I never received, writing policy that should have been written twenty years ago, and organizing valuable training opportunities for units that have been neglected.

In many ways, I try to make the world a better place.  I don’t always succeed, but I try.  I do my best to bring out the best in other people, and by doing so, try to bring out the best in myself.  There are many times when I fail.  I often need to retreat from the world, regroup, and then launch again.  I often (always?) lack the genius of Sherlock Holmes, but I can make a very good shot at being a steadfast supporter to those I know and the world around me.

I remember when I was flying in a Blackhawk helicopter over Maiwand in 2005, recognizing how desolate it was: blistering hot and covered in poppies past their bloom.  Watson, a British Army medical officer, survived Afghanistan and achieved greatness beyond.  My own deployment, while not as nearly as horrific as Watson’s, was severely trying. An American Army medical officer specializing in entomology (such as myself) could also survive Afghanistan, and come out the other end able to help others achieve their potential, just as Watson did. 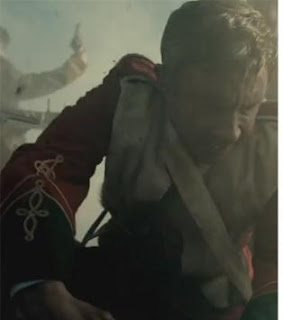 Yes, I admire Sherlock Holmes, the genius crime solver.  However, I will never achieve the type of brilliance he shows.  Dr. Watson, though, is a person whom I can emulate and look to as a role model. That is what I look for in Sherlockian media, the genuine humanist hero of Dr Watson whom I can look to as an example for how to bring out the best in people around me.

I can endure through horribly challenging circumstances, and when I come out the other side, I can do my best to help those around me achieve the very best of themselves. And that is how I will achieve my own best brilliance.

Posted by Parallel Case of St. Louis at 5:23 PM